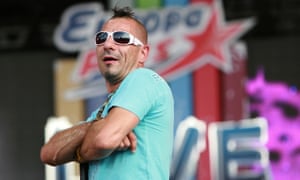 Original promo video for UK band Fox’s smash hit single from 1976 which reached No.1 in Australia.

Lead singer Noosha Fox was originally from Australia but the group formed in the UK.

C-c-c-come,
Come inside,
Oh I’ve been expecting
You here tonight

T-t-t-time
Don’t it fly?
When the pleasures of night
Are reachin’ so high

Had a bonza Christmas day…and now I am winding down with a cold beer and some music.  So, decided to share a favorite on this most festive day.  The Corrs – Breathless.

Go on go on
Leave me breathless
Come on [echo…]

The daylight’s fading slowly
The time with you is standing still
I’m waiting for you only
The slightest touch and I feel weak
I cannot lie, from you I cannot hide
And I’m losing the will to try
Can’t hide it (can’t hide it), can’t fight it (can’t fight it)

And if there’s no tomorrow
And all we have is here and now
I’m happy just to have you
You’re all the love I need somehow
It’s like a dream
Although I’m not asleep
And I never want to wake up
Don’t lose it (don’t lose it), don’t leave it (don’t leave it) …so be good for goodness sake!

I can’t tell you how much I looked forward to the release in my home town cinema of the latest Star Wars film – The Force Awakens.  Growing up with the series and loving the original trilogy, I had such high hopes for the newest installment.  Well, after counting down, today was the day that I got time off to go and see the film, along with a packed audience in our little town cinema.

I hadn’t had this much anticipation for a movie in so long, that when I finally sat down and heard the familiar theme music at the start, it was like going back to my childhood once more.  With all the hype, the merchandising and the chatter on social media, it had a lot to live up to, and let me say right now….they got it right.  After the failure in my view of the previous trilogy with the story of Anakin…and ugh – Jar Jar Binks, I felt that the writers, direction and the casting was spot on this time around.  It truly brought back what the story was really all about, and for anyone that may not have ever seen Star Wars before, this new episode was one that I believe new fans would eagerly embrace.

The movie had me enthralled for the full two hours and sixteen minutes.  Seeing the original cast, that had been brought back, was like seeing old friends and I won’t lie, but I was a little emotional in a few places.

I won’t spoil it for anyone, but….if there is a movie to take the family to this season…this is the one.    Rare for me to ever say this, but it gets a full 10 out of 10.

May the force be with you…..

Now this is more like the type of Outback Christmas tree you’d see up my  way.