Been a while since I posted a Fitzy and Wippa parody.  But this one, stands alone as one of the best ones yet.  Farrrrr out.  ❤

Now we add to the family
I think of mates that I don’t see
All her questions are booby-trapped
Like ‘Do you think that I look fat?’

Morning sickness due, cramping in her knees and those stretch marks
“Don’t you touch the booze, no cold meats for me, rub my feet”

I’ve drained all our life savings
On a list of weird cravings
Banging my head on the wall
Stuck in a class of pre-natal
And now she’s emotional
Why the hell did we conceive?

Swollen ankles blue, sweating in the heat and a hairy guts
Go and get her food but don’t buy softer cheese, like what the faaaaar out

“It hurts because of you, don’t you dare touch me, pass the gas mask”
Babe you’ve got to push, honey just breathe, here it comes

I was seven years old when I got my first pair
And I stepped outside and I was like, Mum, these KT-26ers right here
They’re gonna make me a target.
I hit the footy field and when I kicked, I kicked, I swear they were so sh**/not very good
I completely slipped, Mom I got dacked, this is the worst day of my life
Dunlop Volleys were next
That simplicity, that grip
The box, the smell, the $8 bucks that Mum spent
In school I’m playing the fool
‘Cause I’m wearing sunglasses at night
‘Cause these basic shoes I’m wearing are fluorescent white
At lunch I wasn’t the best, on the grass I couldn’t maneuver
But give me these shoes when I finish school and I could become a roofer
I need some new shoes, I’m livin’ in hope
And then my friend Gary’s brother got rolled for his Adidas Tennis Champs, whoa

Stop complaining mate and say hello to the local freak show
I was wearing Trax with an X, no laces heaps of velcro
Dead legs, chinese burns, kropeks and camel bights
My injuries became more prolific when my old man went out and bought me a pair British Knights
I wanted to be hip
I want a pair of Nikes, I want to touch the rim
Probably never a chance, with the shape that I was in
I was pretty fat.
Australia, it begins

We want what we can’t have, it’s the poorer kids motto
I wanted Adidas footy boots but Dad decided Lotto
I remember Pat Cash and in tennis his winning aura
But do you think he won Wimbledon in a pair of Diadoras?
My boobs became acclimatized to constant nipple cripples
That’s because I’m playing 4 square in a pair of black ripples
I wasn’t asking for the best because I knew all the risks
Just a second hand pair of Reebok Pumps or even Puma Disks
Look at what I just got, a dirty pair of Adidas Romes
They’ll go well on my yacht and or even in my French Chateau
Decided to take up b-ball, time to show them on the court
But how am I to dunk it, rocking in these Aerosports
We are what we wear, we wear what we are
But see I look inside the mirror and I look like a Nissan Pulsar
Will I stand for change, or stay in my box
These shoes help me define me, and we are classified pov

This was recorded in October 2012 but is just going up on YouTube. After recording ‘Cookie Jars’ with Lupe Fiasco and Guy Sebastian, Fitzy decided the next song needed to be more encouraging. So he wrote this one…Enjoy.  🙂

FITZY
Come on Skinny Wip we want you here
Not the bloke who orders chips and beer
Bye bye bye, bye bye bye say goodbye
To the man who Sizzler restaurant owners fear

WIPPA
You want it bad, well I want it more
I see empty cans of Coke and not apple cores
Why why why, why why why please tell me why
Am I knocking at my local kebab owner’s door

FITZY
We told you to eat cabbage, you were told to cut out wine
After lunch stay off the carbs and go walk a steep incline

WIPPA
I told you just to back off, I’ve got a pretty busy life
I’ve never seen a kitchen, that’s for my future wife
I’ll have a run tomorrow arvo, I may even look at my bike
I’ll shed off those kilos, how much is lap band surgery by the way

Dacking – Aussie slang for pulling down your mate’s pants.

In the last 5 weeks we have played a game
Where your private parts could be on display
When theres prime opportune to inflict some pain
Over there, without a care, and its time to shame

Here comes my hands and down come his pants
You try to live to live your life, but you just cant relax
You think, tightening your belt, will be just fine
No offense to you, don’t waste your time, here’s why…

It’s the Australia day long weekend starting tomorrow, and so to celebrate here is another parody by Fitzy and Wippa of Nova FM.  For those that tour my blog, you might be familiar with some of their other great parodies.  This one has a bit of extra Aussie flavor and the big coat hanger in the background.  (That’s the Harbor Bridge…..lol) Tattoos of our postcodes, in school we make ashtrays
We mosh at a concert, rack up our phones prepaid
We always lose our keys, 5 blokes to dig a ditch
Mow our lawns really short, so there’s a cricket pitch

We think we own the road, Mars Bars and Milky Ways
We’re all wine connoisseurs, we all love Andrew Gaze
We cant remember last night, and that girl you kissed
We love our in-laws, but we can’t co-exist

If you know Kings Cross in Sydney, then this parody by Fitzy and Wippa is on the money.  Using Taylor Swift’s “Shake it off”, it’s a great take on what its like to spend a night at the Cross.

It’s the black sheep of the state
It is the seedy gateway
We only see it late (Doof Doof)Never through the day (Can I borrow a dollar mate)
Taxis stay away
Red lights on display
And there’s coppers on the chase, (Police siren)For people off their face, ooht, ooht
Bouncers they keep booting
And steroid freaks keep losing
And young blokes keep pursuing
For a chick
Saying, “this is gonna be my night”
Cause the ravers gonna rave, rave, rave, rave
Politicians gonna play, play, play, play, play
I just lost my mates, mates, mates, mates, mates
In the Cross, In the Cross
And the boobs well they’re all fake, fake, fake, fake, fake
Every townie is so vain, vain, vain, vain, vain
Every bloke thinks they’re Drake, Drake, Drake, Drake
In the Cross, In the Cross
Bada Bing grab a seat
Dim Sim King go and eat
Ju Ju’s Karaoke, (Get off)
And Hugos to be seen, (Members only mate)
I’m dancing on my own (dancing on my own)
Until a drag queen has a go (moves up as I go
)He/she doesn’t take a no, mmm-mmm
And we end up heading home, mmm-mmm
And the bikies they’ll keep cruising
And Jarrad Hayne well they’ll keep shooting
And the footy clubs keep abusing
All the boys
Saying, “Please not in the Cross tonight”
Cause the girls are gonna wave, wave, wave, wave, wave
And the sailors are gonna pay, pay, pay, pay
Time to stay away, way, way, way, way
In the Cross, In the Cross
And the cops are gonna raid, raid, raid, raid
Binge Drinkers gonna stray, stray, stray, stray
St. Vincents well they pray, pray, pray, pray
In the Cross, In the cross

Fitzy & Wippa are back with a new parody. The death of the signature for credit card purchases was hard on everybody so the boys have expressed their heartbreak Nickelback style.

And this is where I went to school
I signed “I woz ere” under this stool
This is my teacher Mr. Stefanack
He used to sign my name on my back

Time for another Fitzy and Wippa parody.  This one has been out a while, but I still love it.  Heeeeeeeeeey Chips and Gravy…Oi Oi Oi Oi Oi…..Aussie Battler style. 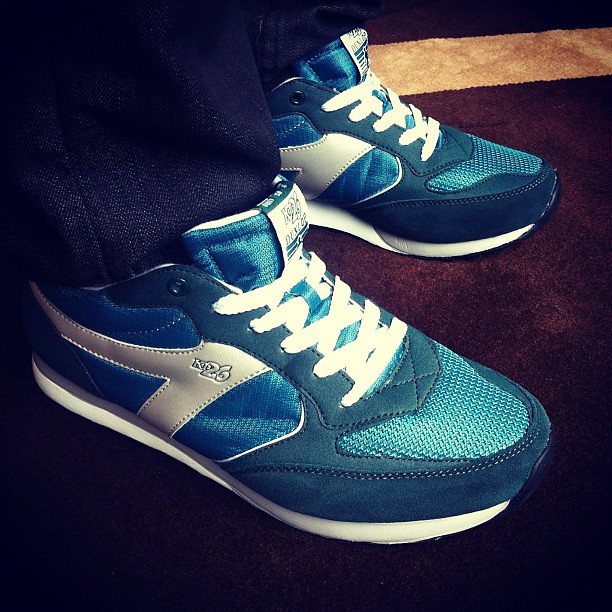 I simply can’t stop laughing.  This is so damn true.  A wonderful parody of Taylor Swift’s “We are never ever getting back together”, Fitzy and Wippa have penned what it’s really like here in Australia, trying to get an accurate weather report.

When I wake I want to be informed (tell me)
Sun or rain or shall I brace for storms (it’s easy)
Then I try deciphering the code
Dew points, tide heights, UV, what?
In Australia then it’s time to pick (decisions)
Trust a bloke or credence from a chick? (division)
I change my mind every single day (it’s so cray)
Forecasts, rainfall, wind speed, hectopascals

Ooo-oo-oo-o-o the bloke gets excited with a temperature rise
And ooo-oo-oo-o-o Bailey, he’s telling it, he’s yelling it

We love Tim Bailey ‘cos he lives the weather, weather
And because his skin is made of leather, leather

If you didn’t know what Sydneysiders were before….you will now.  Thanks to Fitzy and Wippa of Nova FM.